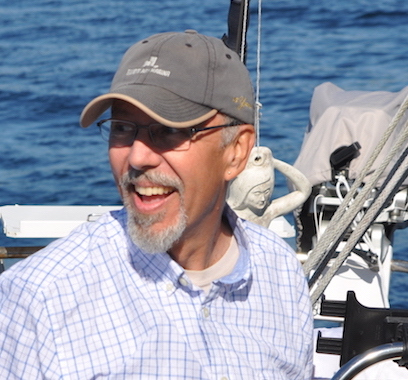 “Mark is a man of astounding intellect. He is an artist in everything he does. I have long admired Mark's vision and his persistence in making his visions reality.”

“Mark is a brilliant entrepreneur with the energy of ten men. If you ever get the chance to work with Mark on one of his many projects, take it.”

“Mark is a rare breed, an insightful, minimalist system engineer in software and electronics. He observes better, asks better questions, identifies the problem faster, and evolves a better solution, than anyone else I know. He attacks a problem calmly and patiently with a creative and nimble intelligence high on comprehension and focus. Highly recommended.”
Michael Brian Bentley, Lead Software Developer
Michael worked indirectly for Mark at Lone Wolf Technologies and Singlestep Technologies

“Mark is an exceptionally gifted visionary for the computing world, the most so that I have ever known; he is consistently innovative, and we were able to form a creative and productive partnership that has worked for 21 years so far. Mark single-handedly grew Lone Wolf from 5 to 50 people through his vision, attracting technically excellent staff and significant funding in the process.”

“My respect and regard for Mark is so great that I rejoined him when we had the opportunity to re-create Lone Wolf in 2001. Once again, his unparalleled vision was responsible for all the usability features of VNOS. He is brilliant, and undoubtedly more than capable of achieving whatever he sets his mind to.”
David Warman, Co-founder/Chief Scientist, Lone Wolf Technologies

“Mark truly is a visionary and inspiration to all who are trying to get the audio industry to standardize on their communications protocols. He was one of the first to put forward an advanced system of doing this and worked hard during the years of the SC-10 committee, for which he will not go unrewarded. Truly a great guy, dynamic, friendly, and always generous with his time and energy.

Mark is to be highly recommended for any project he decides to tackle!”

Companies that cited or referenced my various patents in theirs

Presented to a Computer Science class at Stanford University in regard to using his VNOS technology to create the X-Internet.

Films
Shine: A film about entrepreneurs
Mark is featured throughout with the film, which ends with his statement about life and happiness.
Shine - https://vimeo.com/danmccomb/shine

US20160210158
A system and method for instantiating an operating system within the context of a content management and delivery system.

US20030088852
A method and apparatus for controlling non-computer system devices by a graphical interface – One of, if not the first IoT patent, most smart tv patents refer to mine